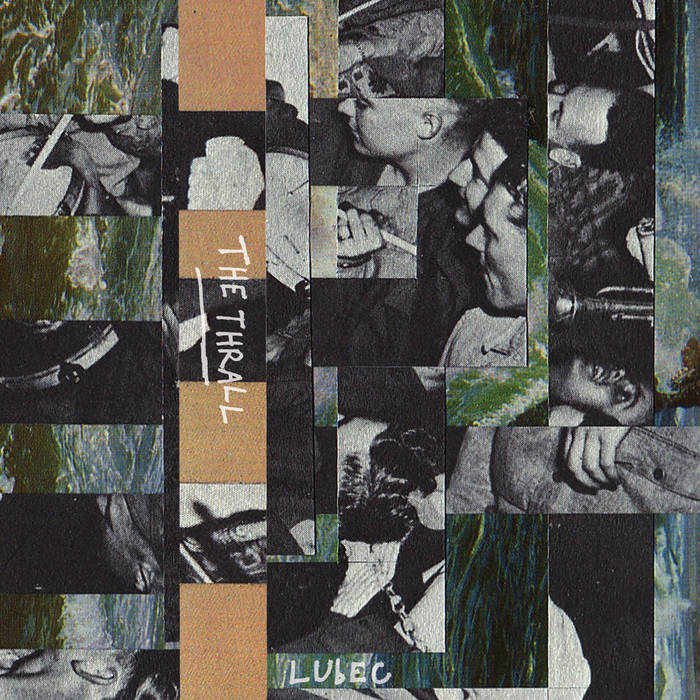 Agent K Compelling Noise-pop featuring male vocals backed by female BG Vox that have intoxicating effect on the listener.
This is a grower.
In fact from 3rd track through the closer this is an excellent release.
Angular guitar and propulsive beat keeps things lively.
Has somewhat of a Sonic Youth effect on some tracks....(my opinion.....) Favorite track: EPISODES, PT.II.

When The Sun Hits

Now available in cassette and digital formats courtesy of Like Young Records - store.likeyoungrecords.com

"The Thrall is, simply put, a revelation, a fully realized and kaleidoscopic guitar-pop masterpiece that presents the band's striking songcraft and bright optimism within a shifting aural landscape that brilliantly balances clean, jagged leads, crystalline reverbs and thunderous percussion and fuzz. The band refers to its sound as "basement philharmonix," and in years past as "sculpt-rock," but we'd suggest "elegant cacaphony" as an equally suitable alternate. Whatever you want to call it, and although its core members migrated to the west coast years ago, it is undeniable that Lubec has finally arrived, and they've brought with them one of the best records of 2014.

The Thrall is like the beautiful girl in the room whose feet don't seem to touch the ground. It's a diary that captures fleeting moments, and the inherently tragic beauty of impermanence. The narratives therein confront coming of age, aspiration, nostalgia and even disappointment, and are constructed from remarkably literate and thoughtful prose that is as nimble referencing classical mythology ("Sunburn!") as it is describing the incalculable hugeness of life and its possibilities ("The Thrall"). Fronter Eddie Charlton sings with devastating poignance in the climax to the stunning late album track "Another Ghost Song:" "how long has it been? since you lived on a whim?" Indeed, the album's emotional payload is largely driven by the pairing of Charlton's airy tenor with pianist Caroline Jackson's ethereal backing vocals (Ms. Jackson's piano, interestingly, anchors the band's low end, but makes tasteful forays into its upper register to splash more color across the band's already colorful sonic palette). The pairing of the voices follows a formula that worked for fave indie legends Lilys on its early singles and first LP two decades ago, and it works immaculately here within Lubec's smart and dynamic compositions, especially the driving album highlight "Gold Protege."

But The Thrall is so much more than affecting vocals, too. The set thrills by pushing a relatively conventional four-piece band to overachieve. Where indie titans Spoon dazzle by imposing a certain stripe of minimalism onto amazing songs, Lubec's aim is decidedly maximalist, instrumentally, although never redundant. All of Lubec's moving parts really move, and move with purpose in complementary cycles that all support central melodic and rhythmic ideas. And all of it supports the record's wide-eyed, full-hearted and still partly innocent appraisal of the bigness and odd magic of life. The Thrall marvels, and it is marvelous."

Engineered and Produced by Robert Komitz at the Frawg Pound in Portland, OR. Mastered by Timothy Stollenwerk at Stereophonic Mastering, Portland, OR.

Bandcamp Daily  your guide to the world of Bandcamp

outré black metal, with a Victory Over the Sun interview and music from Liturgy and Jute Gyte.